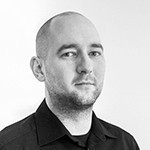 Musings on the software world and beyond

I had the privilege and sometimes the burden of interviewing dozens of developers in some of the companies I worked for previously. Some of those interviews were, well, immensely interesting.

There are few interviews in particular that I don’t think I’ll ever forget. The next story is a recollection of one of those experiences.

Arnold was a young man with minimal programming experience. He was fresh out of college and was looking for his first gig as a developer. At the time, we were looking for a junior person. My team consisted of skillful engineers, and quite a few of them were thrilled to welcome someone young and unproven to mentor them and help them get up to speed.

I sat in maybe five or six interviews before that one, always with a more senior and experienced colleague. The only reason why I was leading this particular interview was that it was summer, and half of the people from the office were away on vacation.

It was a long Wednesday, one of those days when you’re looking at the clock thinking it’s broken. I was working on my last task for the day before attending a short meeting with a client. The “seemingly broken” clock was showing 4:30 PM when I heard the bell ringing. We scheduled the interview with Arnold at 5:30 PM, so I assumed that we’re having something delivered to the office.

Much to my surprise, it was Arnold – a tall, skinny guy with a big confident smile stretching from ear to ear. He shook my hand, immediately apologizing he’s an hour early. He explained that train lines were irregular that day because of ongoing construction, and it was his only means of transportation. I didn’t mind at all, but I had to tell him he’ll have to wait until our scheduled time, or at least until the client meeting I had to attend finishes.

Still smiling, he said it’s not a problem at all, reaching into his backpack and pulling out a copy of, at the time, a popular gaming magazine and a bag of snacks. I told him to follow me to our relaxation area, showing him where the coffee machine and fridges filled with the developer’s standard favorite drinks are. Yes, I’m talking about those poisonous, sugary energy drinks that were probably illegal in some countries.

One of the things I loved about that company was the variety of snacks! We had it all, everything you could think of. If there wasn’t something that employees wanted, it would be ordered. Cabinets were full of cookies, chocolate, candy, and salted goodies.

Arnold sat down on the couch, blissfully looking at the huge bowl of double chocolate chip cookies in front of him. He opened up the first page of his magazine, ready to relax and catch up on the news from the gaming industry.

I went back to my station, finished up the task, and committed my code just in time for the short meeting I had to attend before the interview. With everything finished, I headed back to the relaxation area to tell Arnold we can start with our conversation.

When I stepped into the room, it was a sight to behold. That skinny guy managed to eat all the cookies from the bowl (and I repeat, it was a huge bowl). He even found an unopened bag of candy on the counter that he used to refill the now cookieless container in front of him. His shirt was full of crumbs, and the table was full of candy wrappers.

I found it really funny, but I somehow managed to hold back my laughter, not wanting to embarrass him or make him nervous. In the end, he was just starting out, he was inexperienced, and he seemed nice.

We went to the conference room, sat down, and started talking casually for the first few minutes, easing into the technical part of the interview. It’s important to mention that earlier in the day, management had a meeting with some potential clients. That meant that the conference table was full of snacks – and Arnold still wasn’t finished with his feast.

Every answer he gave, he did it with his mouth full, battling between chewing the cookies and trying to provide solutions to my prepared and vetted collection of engineering questions.

Unfortunately, the solutions he provided and the way he approached the problems given to him were not good enough. He wasn’t the right fit for us at the time. I told him we’ll contact him in the next few days, which we did, but he probably already knew that it didn’t go that well for him that day.

Before he left the office, I went back to the snack cabinet. I pulled out a box of double chocolate chip cookies and gave it to Arnold. I said to him, “I’ve noticed you like these, and I know you have a long train ride home, so this is a little something for you.”

His smile, which he kept on during the whole interview, broadened into a grin. We shook hands, and off he went, undoubtedly already planning to open that box of cookies he was holding in his hands.